The usual apologies for lack of recent posts. The run-up to Christmas ('or Advent, as we used to call it' - copyright Brian Redhead, Today programme, circa 1985) has been particularly hectic this year, but I'll try to post more regularly in 2011.

I wanted belatedly to recommend this post by Jeff Weintraub (also on the Dissent blog) which introduced me to the work of the recently ennobled Maurice Glasman, whom I hadn't come across before. Glasman, who coined the term 'Blue Labour' to signify 'a deeply conservative socialism that places family, faith and work at the heart of a new politics of reciprocity, mutuality and solidarity' has been closely involved with London Citizens and was apparently the architect of Gordon Brown's stirring (but belated) pre-election speech to the organisation. Glasman, who is himself Jewish, founded a programme to encourage interfaith understanding, and his work draws in part on Catholic social teaching.

As a lapsed Catholic and ex-member of the Christian Socialist Movement, and now as an agnostic secular humanist who is a little suspicious of the importation of faith into the political arena - but at the same time hoping for a renaissance of thoughtful, progressive religion - I'm fascinated by, but wary of, this kind of thinking - and find myself wondering how blue socialism differs from Philip Blond's red toryism. As when reading accounts of Catholic involvement in progressive politics in the US, I admire the concern with social justice, but wonder what happens to the liberal emphasis on individual freedom and the kind of rights  - for women, and for sexual and other minorities - that religious organisations, and indeed most forms of communitarian politics, have traditionally had little time for?

These questions will have to wait until the New Year, but in the meantime here's Maurice Glasman (with Jon Cruddas) at the Compass 'Good Society' conference in November this year (via):


A New Political Economy for the Good Society - Maurice Glasman from Social Europe Journal on Vimeo.


Kind of relevant to the above, a priceless quote via Facebook from Martin Meenagh: 'As for the "Big Society", like Communitarianism, it's dumbed down Catholic social thinking with a condom on.'

Oh - and another Facebook friend reminds me that 'apologies for lack of recent posts' (see above) is one of John Rentoul's blogging no-no's. So, apologies for the apology.

'Don't buy from Jews' is back

From Denis McShane: one of the best arguments I've read against boycotting Israel. Here's an extract:

Kauft nicht bei Juden – “Don’t buy from Jews” – is back. The call to boycott Jewish commerce is Europe’s oldest political appeal. Once again, as the tsunami of hate against Israel rolls out from the Right and the Left, from Islamist ideologues to Europe’s cultural elites, the demand is to punish the Jews. That the actions of the Israeli government are open to criticism is a fact. But what are the real arguments?

Firstly, that Israel is wrong to defy international law as an occupying force on the West Bank. But what about Turkey? It has 35,000 soldiers occupying the territory of a sovereign republic – Cyprus. Ankara has sent hundreds of thousands of settlers to colonize the ancient Greekowned lands of northern Cyprus. Turkey has been told again and again by the UN to withdraw its troops. Instead, it now also stands accused of destroying the ancient Christian churches of northern Cyprus.

Does anyone call for a boycott of Turkey, or urge companies to divest from it? No. Only the Jews are targeted.

Or take India; 500,000 Indian soldiers occupy Kashmir. According to Amnesty International, 70,000 Muslims have been killed over the past 20 years by these soldiers and security forces – a number that far exceeds the Palestinians killed by Israeli forces in the same period. But the Islamic ideologues focus on Jews, not Indians.

May we talk of the western Sahara and Morocco, or Algeria’s closure of the border there, making life far worse than that of Palestinians in Ramallah or Hebron? No, better not.

Voltaire – anti-Semite that he was – should be alive today to mock the hypocrisy of the new high priests calling anathema on the heads of Jews in Israel.

You can read the whole thing here.


And this, belatedly, was my own small contribution to last week's 'Buy Israeli Goods' day, organised by Stand With Us International: 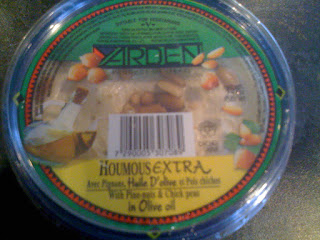