This'll make a change from all the religion and politics...

Last week I heard Simon Mayo interviewing Andrew Davenport, the creative genius behind those contemporary classics of children's television Teletubbies and In The Night Garden, who has finally begun to emerge from behind his puppets and receive some of the recognition he deserves (it was the second BBC interview with him I’d heard in the past month). 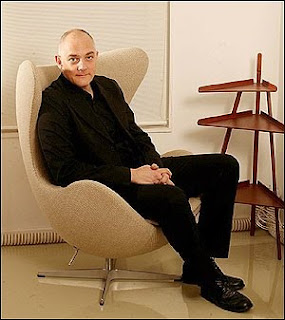 Our shelves also contain dusty, worn-out VHS tapes of some of Davenport’s other early programmes, such as Brum and Rosie and Jim. What's more, living as we did in the Midlands when our children were young, we made frequent trips to the Ragdoll shop (sadly, no longer there) in Stratford-on-Avon. Once, we even saw the actual Rosie and Jim barge tied up on the river outside the Royal Shakespeare Theatre.

Now here’s my bid for Pseuds' Corner. If Tots TV - full of eccentric wit, but retaining a conventional narrative structure and recognisable characters - was Andrew Davenport's Portrait of the Artist as a Young Man, then maybe the more symbolic and mythopoeic Teletubbies is his Ulysses, and In the Night Garden, with its dreamy, half-conscious associative technique, his Finnegan's Wake. Or maybe Teletubbies is Davenport's Waste Land and In the Night Garden his Four Quartets?

I should stop now...

Lovely post, Martin - glory for these unsung heroes of children's entertainment: good for you,and thanks. Oliver Postgate had godlike status in our household (as in so many others).
Love the clip. Never too soon to introduce the ickle pritties to foreign languages - and Tilly is definitely 'glamour' with a 'coiffure tres tendance', as is only right and proper. Mind you, that Tom is clearly cruising for a bruising - at the very least.
Really enjoy the way you allow yourself to spiral off into the stratosphere in the final para - oh joy, and why the hell not?!

Oliver Postgate! Now you're summoning up the ghosts of my own childhood. Noggin the Nog: cold winter evenings toasting crumpets by the fire as Postgate's kindly avuncular voice oozes out of the black and white set....

What a great post--many thanks