Politics on TV: US vs UK

Speaking of the Wedding…

A couple of days before the big event, my son and I happened to be in central London, and we made a special detour to Trafalgar Square, to take a peek at the temporary studio set up by the American cable channel MSNBC for their breakfast show ‘Morning Joe’, which was being broadcast from London all week. The photos I took on my iPhone (below) are rather disappointing, but if you squint you can just see the backs of Joe Scarborough’s and Mika Brzezinski's heads, and Willy Geist interviewing someone down in the square: 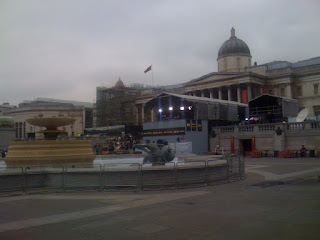 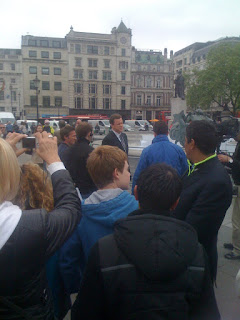 Visit msnbc.com for breaking news, world news, and news about the economy
Posted by Martin at 10:49