Arcadian anarchy at the National Gallery

What's a national art gallery for? Is its function simply to stage exhibitions that attract big crowds - or does it have a responsibility to introduce the public to lesser-known works of art, even if it means fewer people coming through the door?

Apparently they haven't exactly been queuing around the block at the National Gallery recently. Now the gallery is about to take a chance with an exhibition devoted, as the Guardian puts it, 'to an art movement of which even the organisers admit few have ever heard: the late 19th-century Italian divisionists.'

The gallery's director Nicholas Penny mounts a vigorous defence of his strategy:

I don't like to make a simple distinction between blockbusters and academic shows. But mostblockbusters are actually showing people what they already know. I think that a major gallery should be prepared to introduce people to something they know nothing about.

I agree, especially as I think many people will find the work of the divisionists, who combined anarchist and socialist politics with arcadian imagery, something of a revelation. I wrote here about seeing a similar exhibition at the Guggenheim in New York last summer, and particularly about the work of Giuseppe Pellizza da Volpedo. It's a fair bet that some of da Volpedo's work will feature in the forthcoming exhibition at the National Gallery. If so, it'll be well worth going. In the meantime, here are three examples of da Volpedo's work to whet the appetite: 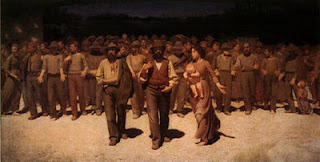 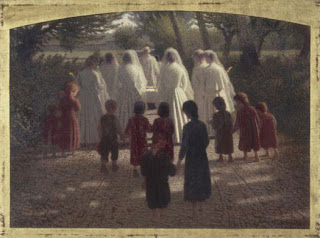 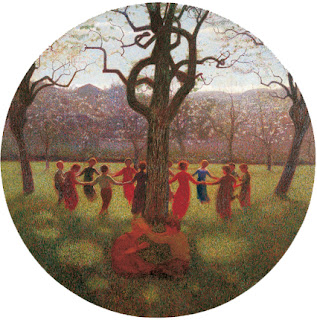